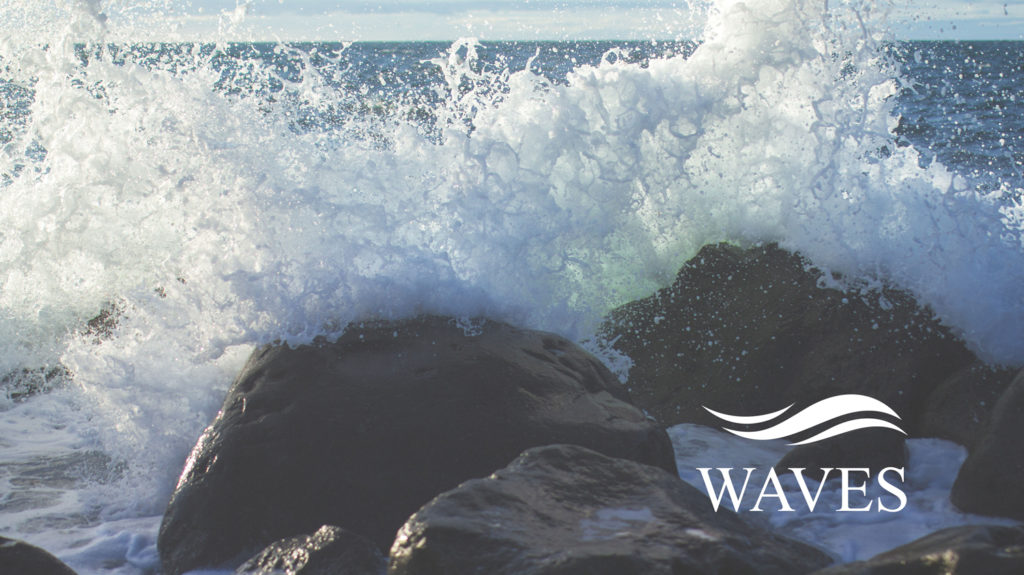 It was a gloomy day. It promised to be even darker at the beach. I drove down to the coast anyway. The weather there would match my mood.

I was equal parts angry and disappointed, perplexed and weary. I needed to step away from everything. Ministry wasn’t playing out as I had planned. I was frustrated with both God and myself. How did I get here?

Certainly, my life and relationships were good. My wife and children loved me. I had the most amazing grandkids. My co-workers – in the office, on the Elder Board, the pastors – generally were affirming. Sure, there were challenges – significant ones – but they were no more difficult than ones we had faced before.

On one level, I didn’t want an answer to the question. Leave me alone with my weariness, with my dissatisfaction.

Still, now at the beach, I had come to hear from the Lord. Despite my irritation, I did want to hear. I brought all the accoutrements of listening – a Bible, my journal, a beach chair, sunscreen, a nice pen that fit my hand well and from which ink flowed evenly and easily. I expected (demanded?) God to break through this malaise, and I was going to be taking notes.

I plopped the chair onto the cold sand. Raising the hood on my sweatshirt against the grayness of the day, I sat. I gazed at the ocean.

The water churned, the waves uneven. The wind intensified their bluster.

“Sit and watch the waves. You’re tired. Just sit.” The message was clearer I than expected it to be.

So, I sat and watched.

The waves continued to roll – in and out, in and out. Some were powerful, some gentle. The wind eased and the surf became less choppy. I pushed back my hood, breathed the sea air, and noticed the waves’ color. The sky was lighter now. The marine layer was burning off.

O.K., Lord. I’ve been here for a while now. What’s next? Journal? Study a passage of Scripture? I’ve got this really nice pen if you want me to use it.

More intently, I watched the sea. Every single breaker was distinct. Not only in size, but their shape – some peaked, some rounded – each one cresting – some early, some late.

Around me, the sky was now scattered patches of blue. With each wave, the gray sea shaded navy.

I took off my sweatshirt. In less of a hurry now, I asked the Lord if it was time for me to, you know, do something else. Did I mention my really nice pen? The answer did not surprise me. (I was starting to be entertained by this mini-debate I was having with the God of the universe.) “You are getting really good at watching those waves. Stay at it a little bit longer.”

I was stiff and needed to move. I strolled down to the water and stood in its foam. The water splashed around my ankles as the ocean rolled in and out, in and out. As the incoming swell waned, it would rush out toward the deep, and would greet the next breaker. As it did, the lagging wave seemed to add energy to that new one. Time after time, this dance continued. Even the biggest swells would recede, but never without giving power and volume to the ocean’s next generation.

And then, the voice asked the question.

“So, Stan. These waves. How long do you suppose they have been washing ashore, in and out, in and out, before you got here this morning?”

“Um,” I mumbled, not sure I was ready to give up my testiness, “since the beginning? Um, since the creation of this beach? Um, since the earth was separated from the water?”

“So, if this process started before you showed up, what are the chances it will continue after you have gone?”

“This is your first lesson. This is how I build my church – relentlessly – wave after wave, generation after generation. I’ve been doing it from the beginning. I will do it until the end.”

“And, what else did you learn today?” I felt the Lord ask me.

(I think I was praying now.) “Each wave is different.”

“Right. And in building my church, each wave will be different. Don’t expect me to do it the same way all the time. I’m too creative for that. Your way of doing it is different than those who went before you. Different was right for your time. I will make it right for the next generation’s time, too.”

“There is something else about the waves. What is it?”

“Um, I noticed the receding wave added momentum to the incoming wave.” I was pleased to think I got the answer right.

“Exactly. So make sure you are helping those who follow you. Be a blessing to them. Make it easy for them to follow me as I build the church. Now, let’s review.”

(Now I felt a little bit like a kid in a Sunday School. I pretty much was getting schooled, I guess, except that it was Thursday.)

“Who is in charge of the waves?”

“And who is in charge of the church?”

(In my head, I answered like a kindergartener who knew the answer was obvious. This conversation turned kind of fun. Remedial, but fun.)

“Don’t be afraid, then,” the Lord explained. “I will fulfill my promise. I will build the Church … and it will storm the gates of hell, and they will not stand.”

The sun was bright now. The breeze was warm. My heart was encouraged. I went back to my car, put on my jogging shoes, and went for a run.

My mood now matched the beautiful weather. I had heard from the Lord. He wasn’t finished with me yet. More significantly, he wasn’t yet finished with His Church!